Bring your favourite four legged friend to the party

Hidden away in idyllic Kent Countryside, within the heart of Preston Court Farm, we host weddings with a difference and welcome with open arms all members of your family. Dogs are a huge part of every day life here and our pack are privileged to have the freedom most doggies dream of with acres upon acres of woodlands, vast open meadows and cooling lakes for dipping into come rain or shine.

The wildlife that thrives alongside them includes our resident Swan family who live and breed down on the lake, the bountiful Squirrels of the woodland glade, the soft butterflies that dance on the wind and the burley cattle in the fields that tumble on after The Wilderness Water Meadow.

Not to forget our small friends who inhabit the bullrushes around the Lake , singing their very own Wedding Hop as opposed to the March of traditional wedding days ! 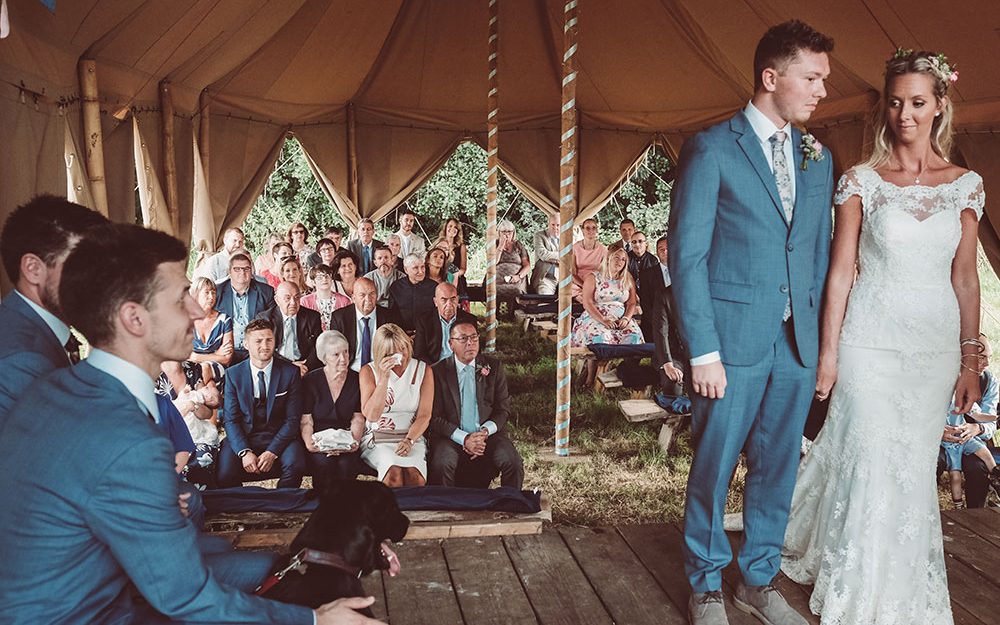 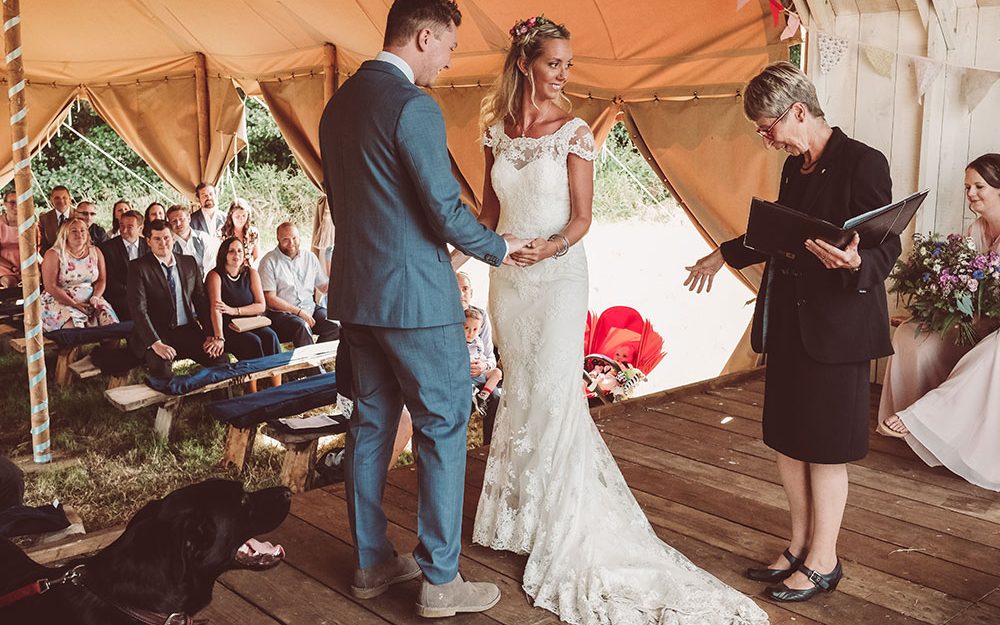 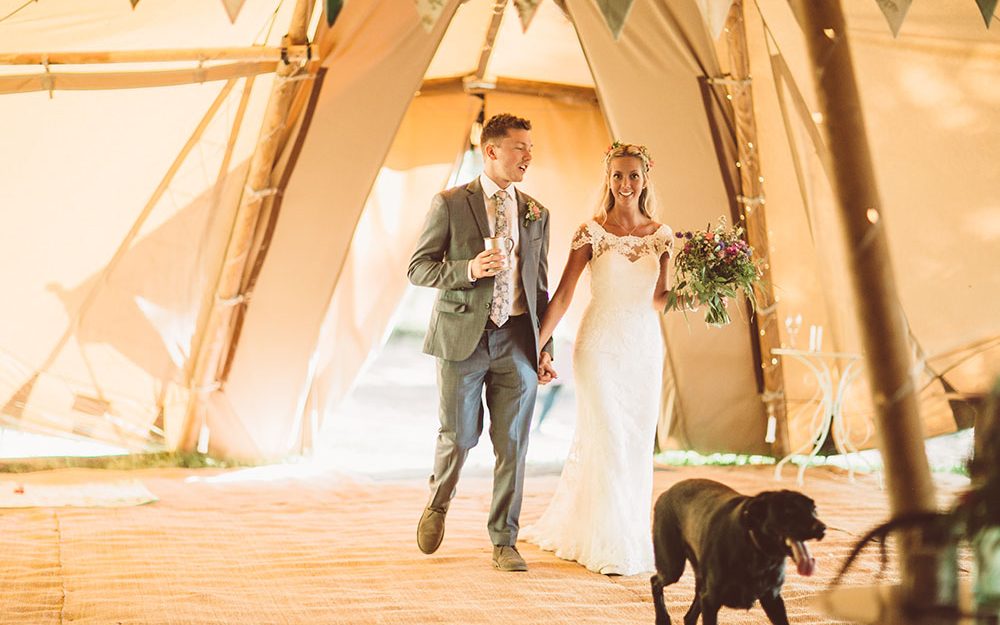 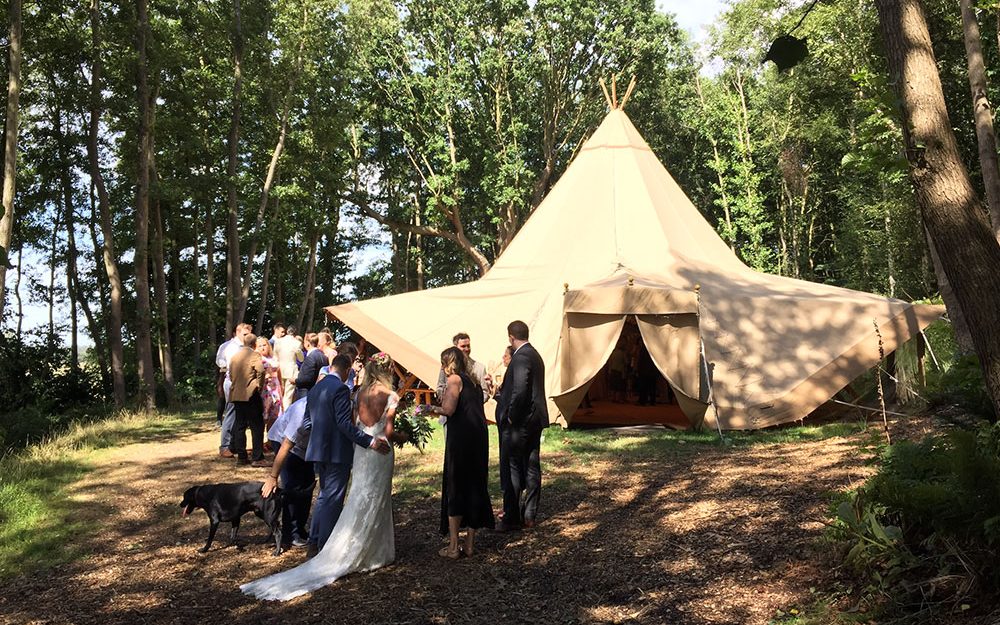 The Doggies of Wilderness roam free around the estate but on Wedding days, only if they’re invited.

They love to come and make friends with our guests both two legged and four.

Here they all are so you can recognise them yourselves and see what a lucky lot we are to have such characters to live and work alongside. We encourage all couples to include their family dogs in the day and enjoy their presence immensely.

There’s Donnie and Wilfie and Margot and Boss,
There’s Angus and William and Boots – that’s the lot !

Wilfie is five years old and a labradoodle. Wilfie is the soppiest sop in all the world. Enjoys sitting on people’s lap desipite his enormous proportions.

Donnie (Donald Trump) is a Lurcher and is 2 years old. Donnie is the pikey around the place – very loveable and chilled out by a naughty boy- he was born on a pikey/ gympsy site and has the character to go with it.

Angus is a Scottie and is about 14 I think. Angus is the boss of the pack being the oldest and his character comes across as a bit grumpy although he isn’t really – he is pretty chilled.

William is a Border Terrier and 2 years old. William is very quiet, borderline sleep most of the time and the most chilled out doggie dude in the world. As proven by putting up with constant abuse and poking and ear pulling from my one year old daughter Evvie.

Mr Boss is a Pug and 5 years old and belongs to Tiggi who is our Artist Director here.

Margot the miniature Datschund thinks she is the boss and is the greediest little Piglet in the world- she has been known to eat absolutely anything when other doggies are around- must be small dog syndrome.

Meet Boots the Patterdale. 2 years and 4 months old. She loves a fuss especially from men, loves running playtime is on her terms…she loves digging up mole hills, no concept of personal space at all :-). 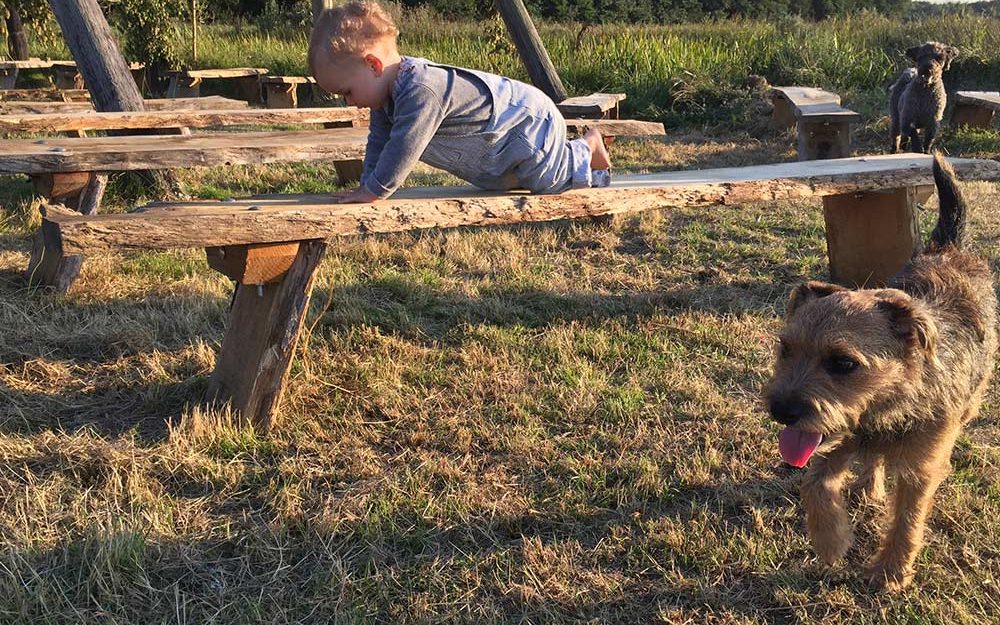 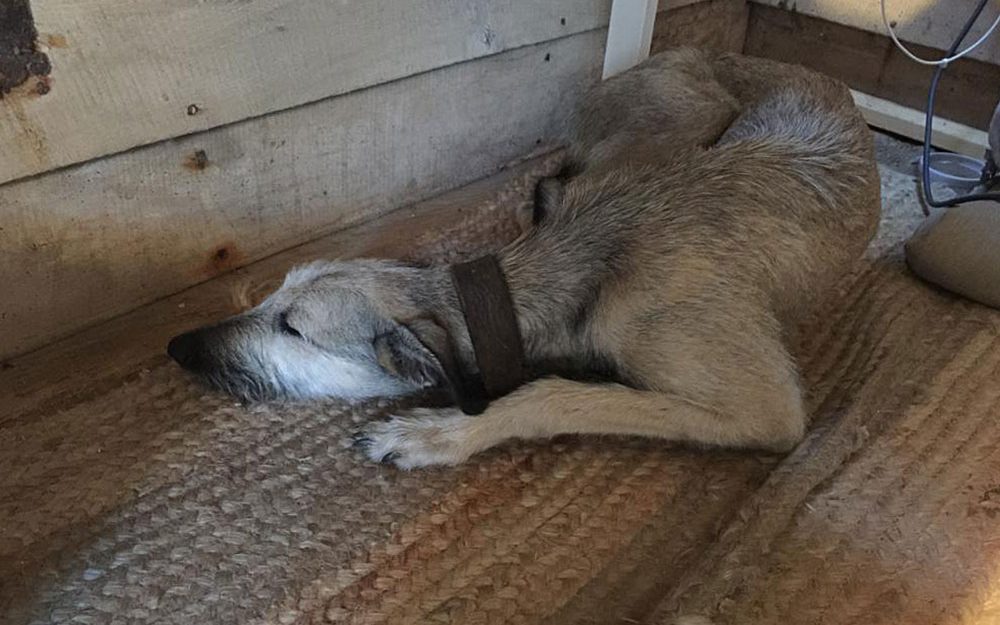 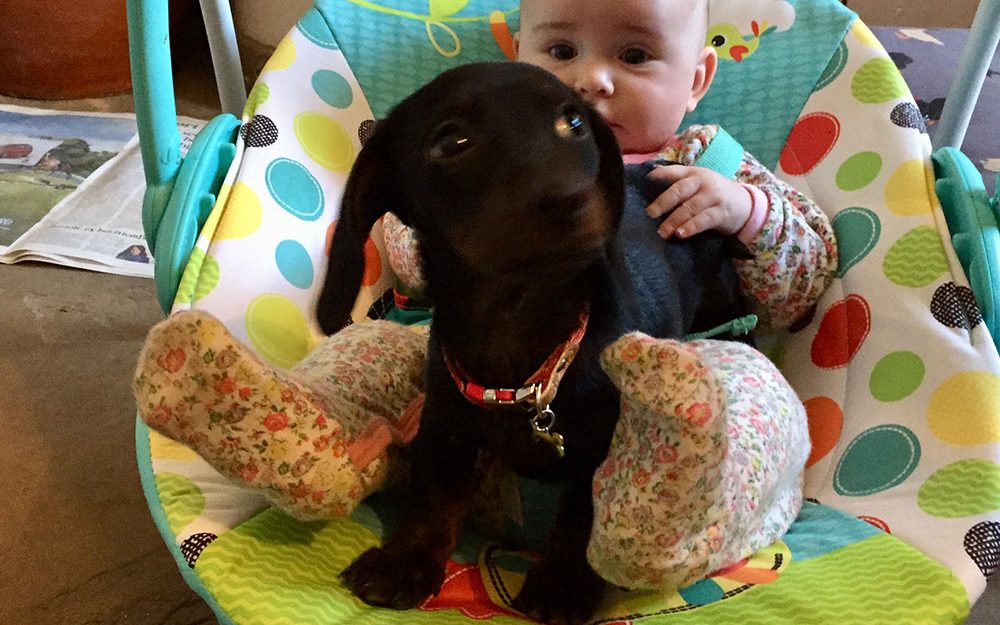 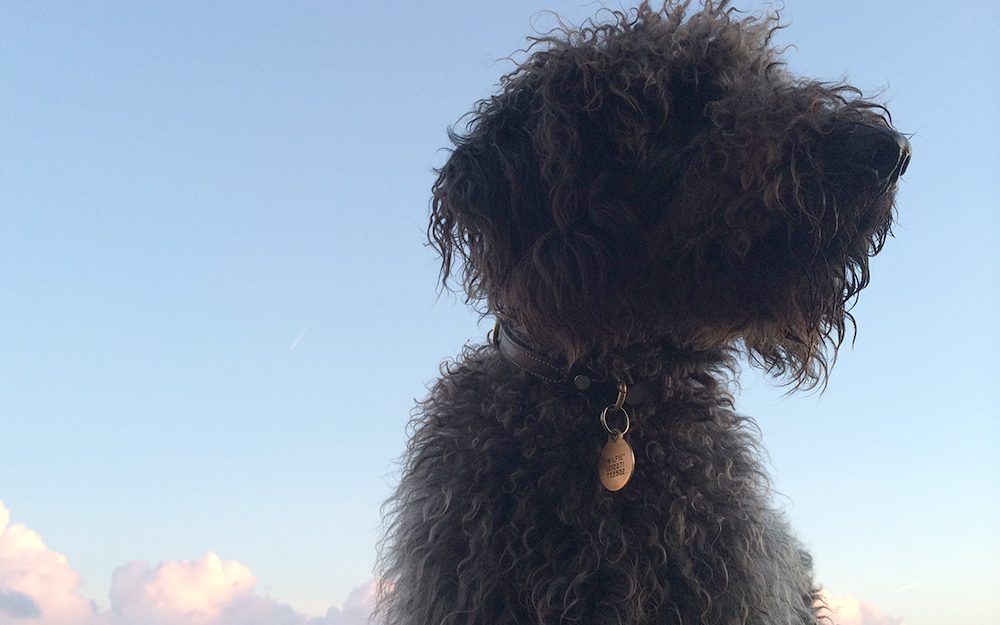 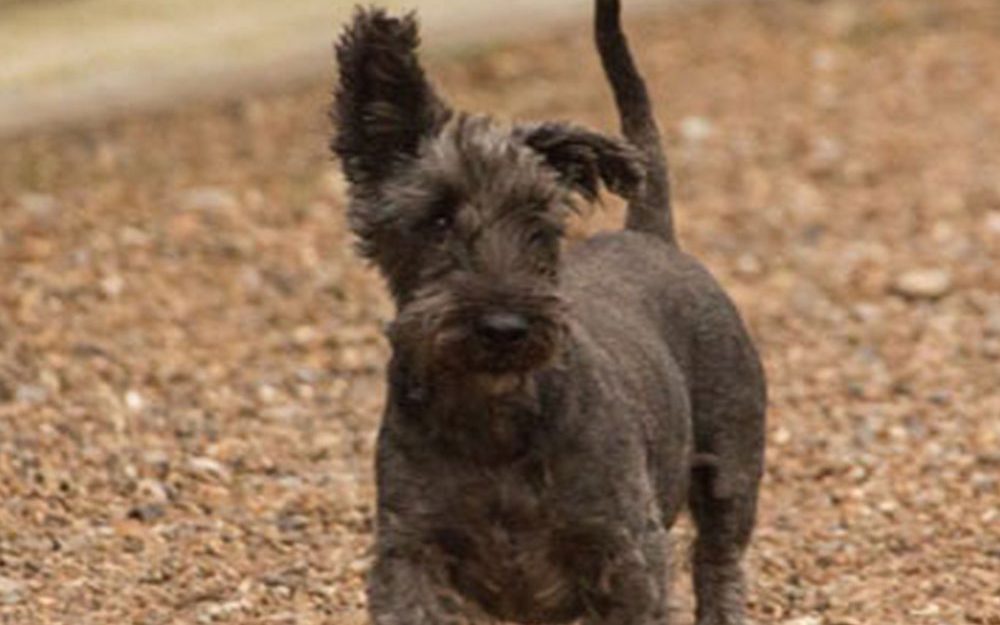 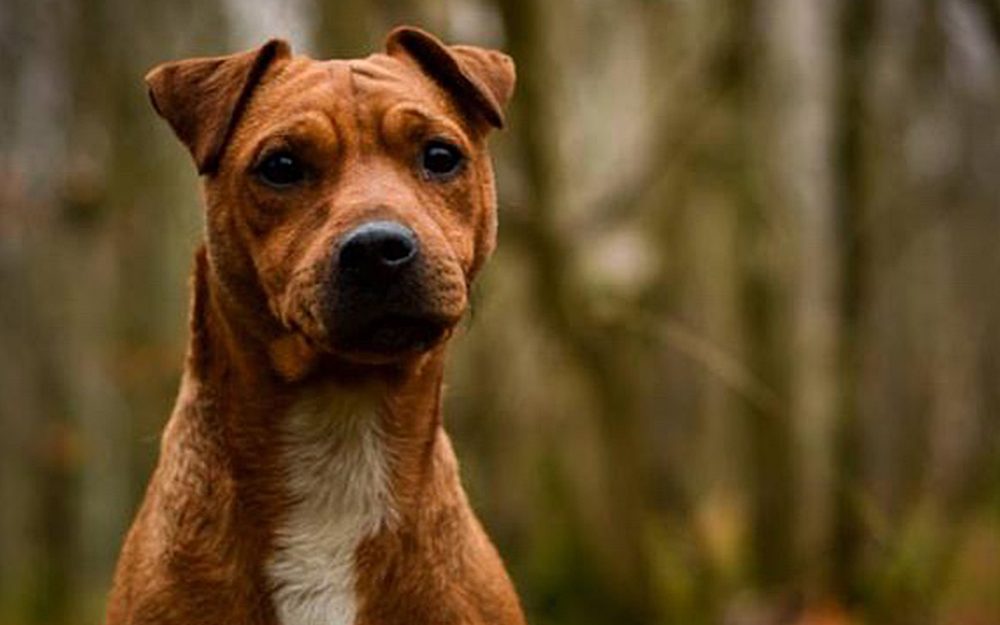